Mars is the fourth planet of the Solar System in order of distance from the Sun, and the last of the earthly planets, after Mercury, Venus and the Earth. It was also called the red Planet because of its characteristic colour, caused by the huge quantity of  oiron oxide which covers it. Upon its surface, we can see mountains, valleys, canyons, deserts and volcanoes. Its atmosphere is rarefied, its pressure is very low (1/10 of the terrestrial one). The temperature goes from -140 °C to 20 °C: it is not so bad! On the poles, there are ice caps. Its gravity is 1/3 of the terrestrial one.

In the following, you will find the code to realize Mars with pixel art, or you can print  a  colour card or a black and white one. Have fun! 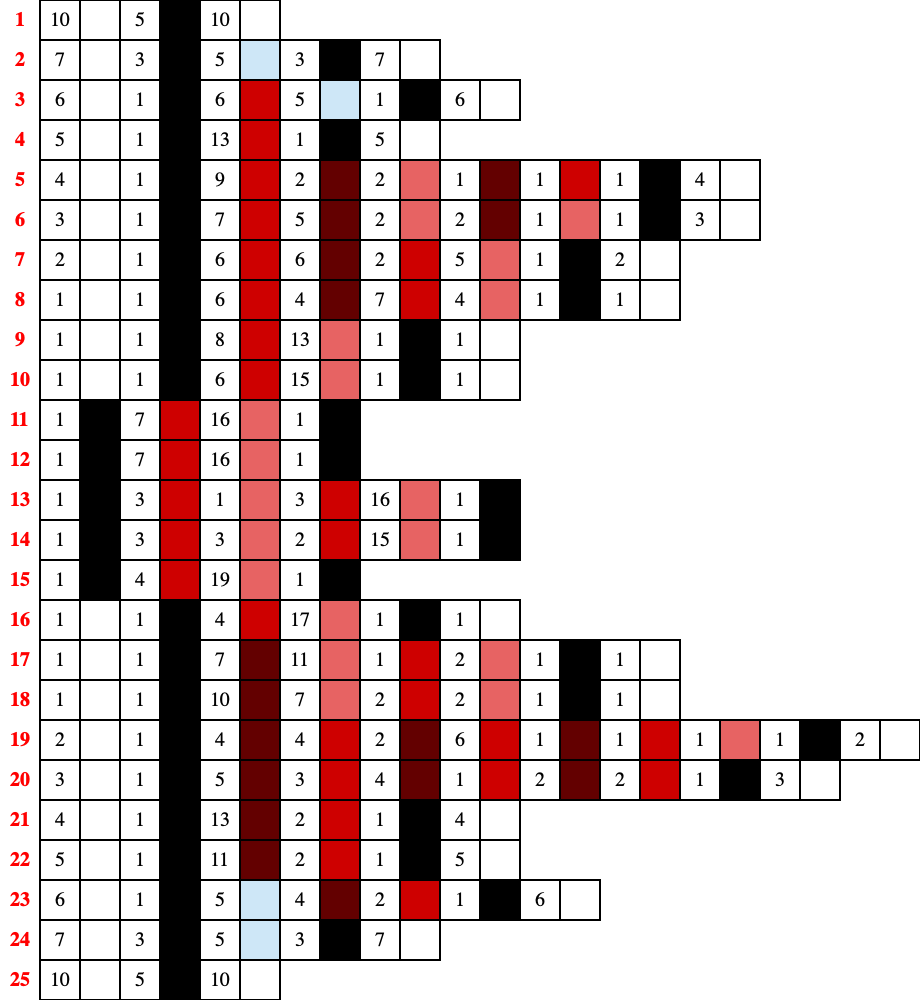