Mercury is the Latin name of the Greek god Ermes, the messaenger of the goods, well-known, among other things, for his speed. That is why motivo the ancient Romans gave its name to the planet which moves more quickly than any other in the sky.

The planet Mercury goes along its orbit around the Sun in just 88 days, and it is the swiftest of the Solar System. This is due to its position, very near to our star: indeed, it is the first planet in order of distance from the Sun. As a consequence, its surface temperature reaches an average of 170 °C, with peaks of 400 °C in the areas lit up by the Sun, and -180 °C in the shade. This remarkable temperature variation is due to the lack of atmosphere. Another consequence is the marked cratering of the surface of the planet, as you can see in the picture beside. Indeed, the atmosphere, over and above damping the remperature range, can protect the surface of the planet from the impact of meteorites, which are destroyed by the friction which is generated.

In the following, you will find the code in order to realize it with pixel art, or you can print the colour card or the black and white card. Have fun! 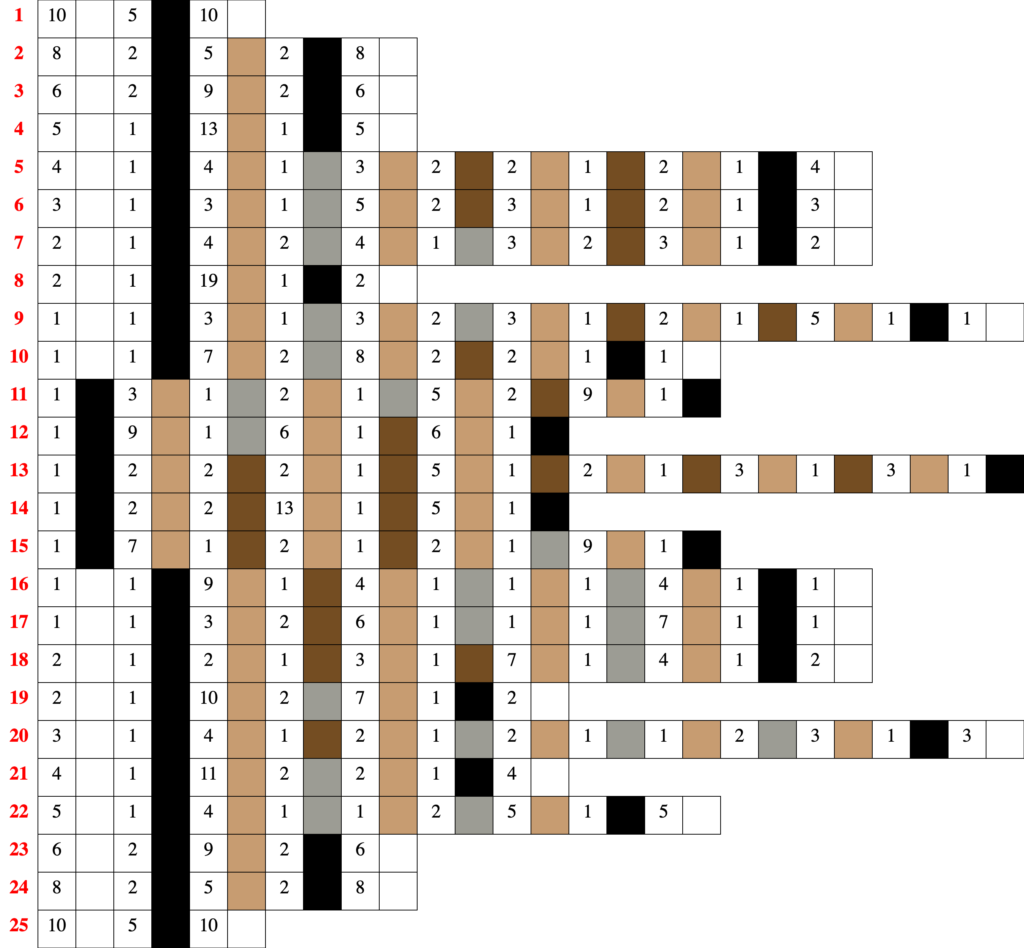