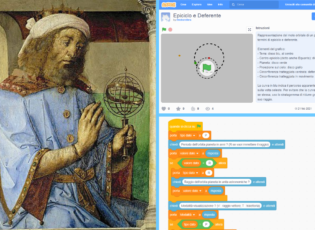 In ancient times it was already known that, unlike the Sun and the Moon, planets trace out complex motions in comparison with stars in the sky (not by chance, the word “pianet”, from the Greek, means “errant”). Even their direction of motion seems to be reversed, for a certain time, and then its direction is restored (apparent retrograde motion). That is why the  geocentric models, whose highest expression will be Ptolemy’s model, had to introduce various corrections to the originary idea, according to which planets simply orbit along circular trajectories whose END_OF_DOCUMENT_TOKEN_TO_BE_REPLACED 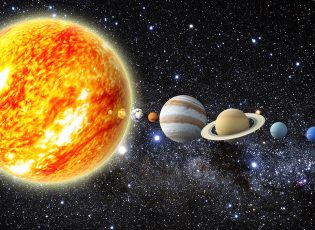 With this activity, you will find out what is your weight on the various planets of the Solar System. You will do this by coding with a real programming language: Scratch. In the end, you can share your program so that anyone can use it, even older people, who will have fun discovering how much comforting it could be to weigh themselves on Mars, rather than on Jupiter 😛 Let’s start by downloading the pictures of the planets, which will become our sprites: an image for each planet. In order END_OF_DOCUMENT_TOKEN_TO_BE_REPLACED 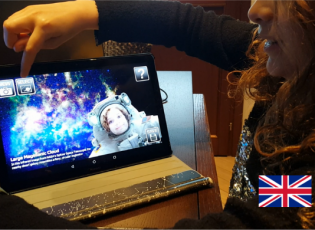 With this simple activity, you will be able to make an astronomical documentary, and then share it with anyone you want! You will learn a lot about Astronomy, and you will write a code (yes! like a coder) using an actual programming language: Scratch. In the end, you will be able to show your astro-documentary to friends, family and teachers, and you will realize that it is very useful to share what you have learnt about the marvels of the Universe. Let’s start! First of all, install – either on your END_OF_DOCUMENT_TOKEN_TO_BE_REPLACED